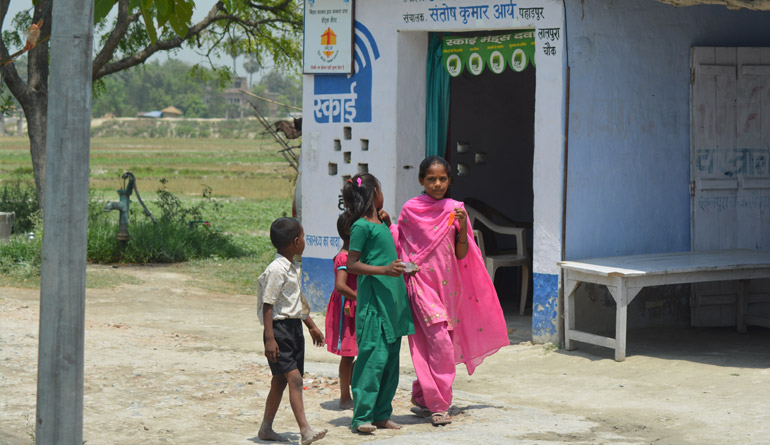 The entrepreneurs’ network has been one of the highlights of WHP’s operations so far. It has gone through many phases and is now poised to enter a new phase that underlines achieving long-term sustainability without external support.

When the project started in 2009, it was one of the first large-scale programmes in the world that targeted provision of primary healthcare to rural communities in the poorer parts of India and Kenya with the use of technology. In India, WHP established a network of rural entrepreneurs in districts of Bihar (pop ) and districts of Uttar Pradesh (), both among the poorest states of the country. In Kenya, the focus was on Homa Bay county in the impoverished western part of the country. The operational strategy was formulated to harness and extract higher value from all utilisable local resources in these areas with the help of technology and management systems. Donor funds were used to subsidise medical consultations provided by city doctors using a variety of digital solutions.

The entrepreneurs, who are local inhabitants fully attuned with the social, financial and religious norms of their community, bore the full investment to join the network. Branded and promoted as ‘Sky Centres’, the providers were able to screen patients and to facilitate real time consultations. The skills needed at the village end were minimal and the solutions were aligned with the weak 2G coverage available in the interiors at that time. (Refer to the ‘Technology’ section for more details.) Since the rapid expansion of 3G and 4G even into rural areas, better connectivity allows for the addition of many new features.

Creation of such a network was extremely labour intensive. WHP’s teams visited each village to select entrepreneurs on the basis of pre-fixed criteria, which includes location and their standing in the community. Each entrepreneur, almost always a man, was trained with a woman member of the family. This sensitised the network to gender needs and expanded the range of services. Each client was registered under a unique identifying number with vital demographic details. All records in this system were stored in the internet cloud making referral to higher centres and retrievals possible. The system can also map the morbidities to generate spatial epidemiological data.

Once the donor support was over, as it always does in such programmes, the network faced its first major existential crisis. WHP had to sharply revise the fees for the consultation in order to make the operation viable. This resulted in big drop in volumes. While the consultations continue, the core mandate of reaching good quality services to these hinterland communities at scale is not being met.

With the reconfiguration of technology due to better availability of internet in the interior areas and a partnership with the state government for early detection and treatment of tuberculosis (Refer to PPSA section, for more details.), WHP is starting to re-train the entrepreneurs and, where possible, further expand the network. An enrolment fee helps WHP defray the costs involved. The plan is to create a large network which can generate volumes needed to bring down the costs of delivery so services are priced at an affordable level. New algorithms that enable consulting general practitioners to handle critical care cases have also been integrated into our telemedicine solution, an offer that could attract larger client loads which would also enable the organisation to charge slightly higher fees.

WHP’s experience shows that the entrepreneurs’ network is not useful for replacing simple-to-treat primary health services delivered by rural provider with those from city doctors. For low-end curative care for morbidities such as minor short-term fever or diarrhoea, rural communities are satisfied with services from locally available informal providers. The price point is also largely inelastic and rural clients are unwilling to incur higher expenses or longer durations for consultations from formally qualified doctors for such illnesses. So the operational need is to raise the bar significantly higher.